WOW. I am positive about the racing at Fontana. This was one of the best NASCAR races in years. Passing for the lead…wrecking….and confrontations NASCAR hit a home run and I think it will get better.
Another great race…INDYCAR at St. Pete. Also a dramatic race with James Hinchcliffe getting the first INDYCAR win for GoDaddy, something Danica could not do. Who got the most publicity for GoDaddy Sunday? Danica or The Mayor of Hinchtown…James Hinchclifffe. Also what about Simona running in the top three most of the race with a sixth place finish. Poor Danica!
See you on the radio this Thursday 9:04am. Let’s talk racing.

The NASCAR circus moves on to Fontana this week, the land of the fruits and nuts. Last week Denny Hamlin and Joey Logano resumed their feud after Hamlin wrecked Logano. Hamlin is getting a reputation for an ill tempered driver. By the way NASCAR adjusted him attitude and he said he would pay his $25,000 fine after he said he would not. Good for Joey…he can’t back down and must show he won’t back down. Bad Brad is back leading the points and Danica is fading fast. Many…many…many empty seats at Bristol . Who would have thunk it. The INDYCAR series starts March 24th in St. Pete, FL. YEA

It’s time NASCAR gets it head out of the sand ie. fan safety. Like so many issues there is no one answer. However, one solution is for sure, fans need to be moved farther away from the action. That is a start. Let’s remember though, the fence did stop the car and motor from going into the grandstand. Also no act can completely protect a fan so close to the action. At the Indy500, we sit about 15 rows above the track. I am always aware that parts could come through the fence and did in fact from Mike Conway’s car in 2010. Smart people in high places will find a better way, that I am confident in.
The Daytona 500 was a snoozer until the last 25 laps. Single file dule running to get to the end. I love the race, eagerly anticipate it, but with the Gen 6 cars…I expected much better racing.
There is no way I can blog without my mention of Danica. Kudos and hooray from Ray on a job well done. See you on the radio Thursdays at 9:05am along with Jim to talk racing.

What a huge story, Danica winning the pole for the Daytona 500. If not for this, she would not have made the front page of section A of newspapers. Morning news shows, she is all over them. This is one of the best things to happen to NASCAR . With the new cars and her in the mix to win at the end. , could be the best thing since the first full race telecast of the 500 in 1979 which ended with a surprise win by Richard Petty(#7) and a fist fight with Cale Yaroborough and the Allison brothers. Boogity…lets go racing boys and GIRL!

Very excited about new show, new format, new race season. Ok gang, lets make this interactive, your comments encouraged. First of all, Jim Rauton will feature weekly a story from the old days of racing(whichever he determines old). Also if you have racing items you want to sell, to make you and someone else happy, call and give tell us about it. Free ads for you. My comments at this time are what will happen when Danica and Ricky(yes they’re dating and competing for the rookie of the year) wreck each other. Will the courtship be over. We should have some fun with this one. The big news is Kurt Busch moved from 3rd to 8th as the most hated athlete!!!!
A dubious rise on the chart. The Sprint Cup shootout is Sat Feb 16 on 92.9. See you on the radio Thursday mornings at 9:05. Ray on Racing

February 7th will mark the return of my show for the 17th year. Jim Rauton will join me to co-host the show. Our first show will feature a salute to the late Curtis “Crawfish’ Crider from Abbeville. I plan to be more active on the blog spot and your comments will make it soooo much better. Listen “live” Thursday at 9:05am and call me 864-366-9391. Ray on racing.

Am I ever going to get off the Busch brats. At Talladega 10/07/12 Kurt showed up, showed out and NASCAR showed him! After wrecking then driving off with NASCAR yelling for him to stop, he was ordered to not return to the race. Do these guys every get it.
I DON’T UNDERSTAND.
Talladega, what can I say 20+ car wreck on last turn onlast lap, leader Stewart ends up on his roof and Kenseth in victory lane. Drivers whining but restrictor racing is here to stay…yeh. Drivers hate it, fans love it and I get it.
A blog I read to Curt Cavin of the Indianapolis Star said Talladega wreck reminded them of Las Vegas IndyCar wreck that claimed Dan Wheldon and they better change. You can’t compare the two series, IndyCar is much, much more dangerous with open cockpits and open wheels and 35 mph more speed. Compared to these cars, NASCAR drivers are in a “tank”. Leave it all like it is. Both are great.
I’ll see you on the radio. Ray
Do you have an opinion? Write or call my show, Thursday 9am on 92.9. 864-366-9391.

I have observed all pictures posted on certain media on the internet and print of the Busch brothers, Kyle and Kurt, are the worse possible , very unflattering. Now Kyle is uphappy because the press doesn’t talk to him after a good finish in the race. Is something going on here. I think so. After all, how many times have the Bushes snubbed the press and cursed them. Poor Busches, they don’t feel the love anymore!

Danica gets all the press, you know you are popular when they know you by your first name. Here is another name to note: Johanna Long. She is currently driving trucks and plans to move up to Nationwide soon. She is also a good broadcaster and will be on the ESPN Saturday broadcast.
Most importantly,this 20 year old is a serious racer raised in a racing family. Maybe one day, when we say Johanna…know one will ask WHO.
I will see you on the radio Thursday 9:05am, call me and talk racing 864-366-9391.
Ray 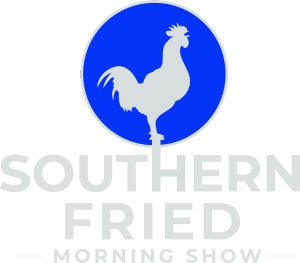